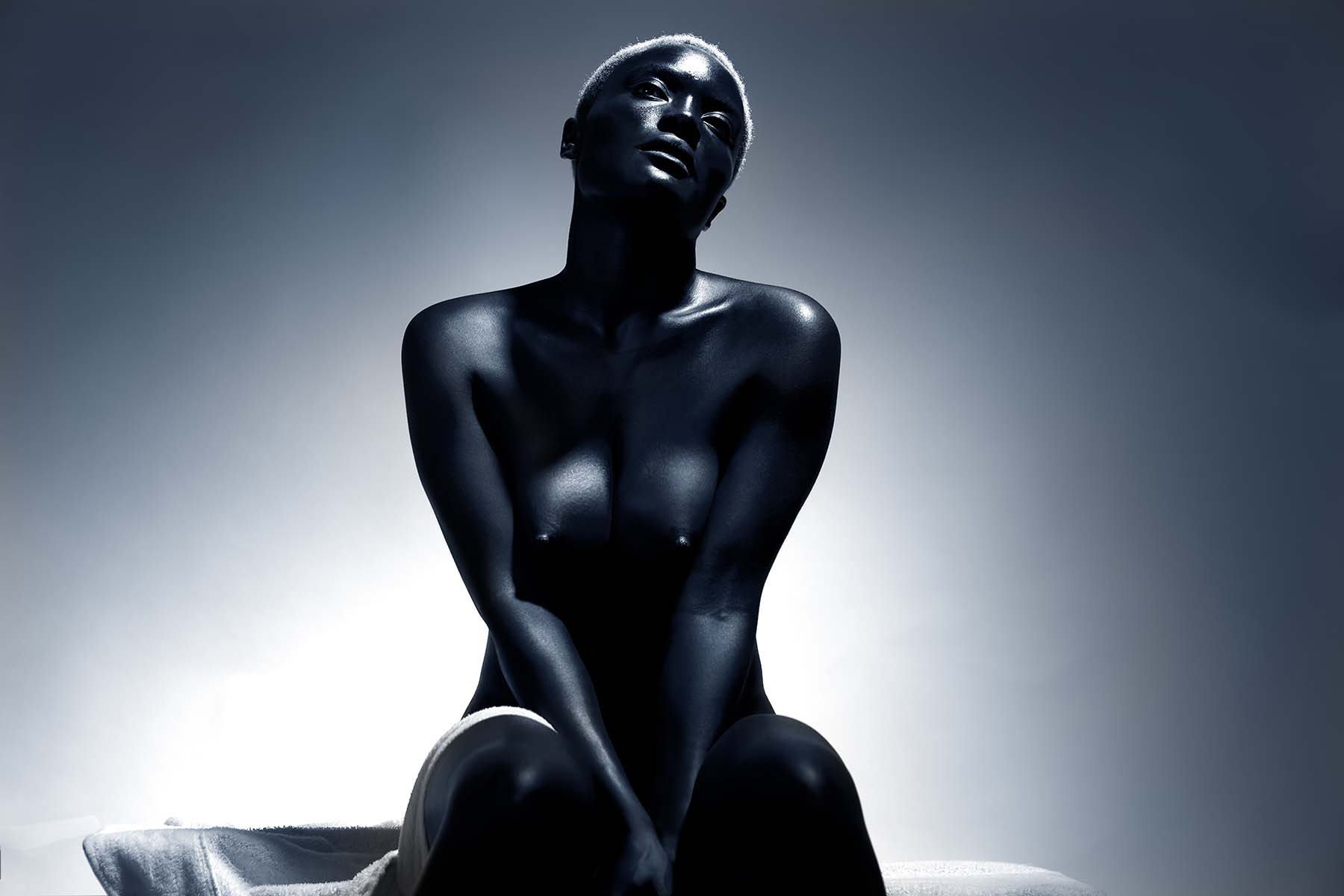 I remember it as if it were yesterday. Belly! The 1998 crime drama film was written and directed by music video director Hype Williams. The dramatic lighting, the colours, the angles, and the artwork, were all one big gallery show on a theatre’s film absolute. Then and there, I was introduced to my Black Madonna, an obsession.

Rappers DMX and Nas played the role of two young black brothers, Tommy & Sincere, from the streets of Queens, New York. They hashed out a living in their quick pace world.

The Black & White Photos, the most beautiful images ever

The Black & White Photos in Tommy’s house were captivating, the most beautiful I’d seen in a long time. They were the inspiration for the ideas I developed for a show I was thinking of doing then. I had to match or better them, and there began my Black Madonna Obsession.

The search to find my process

I was bent on learning how to develop my process to make my images look as great as the beautiful masterpieces that were now etched in my mind. It took a few years for me to settle on a black-and-white process that worked.

I focused on producing solid blacks with as much detail and textures as possible. I complimented this with clean whites and highlights with lots more information. It was an OBSESSION. Wait, did I say that before? Ha! Ha! Ha! Ha!

Me and My Black Body Obsession

This appealing black face was my first Madonna image, the product of my refined process.

Why Virgin? It refers to statues or paintings of the Blessed Virgin Mary. She and the infant Jesus are often depicted with black or dark skin. It was said that there were paintings of The Black Madonna all over the world until they were hidden or burnt and entirely destroyed by the church. It’s alleged that white women were frustrated by their white husband’s fixation with the attractive and beautiful black skin. Who knows?…Ha! Ha! Ha!

The Black Madonna can still be found in Orthodox Catholic countries or hidden in a vault.