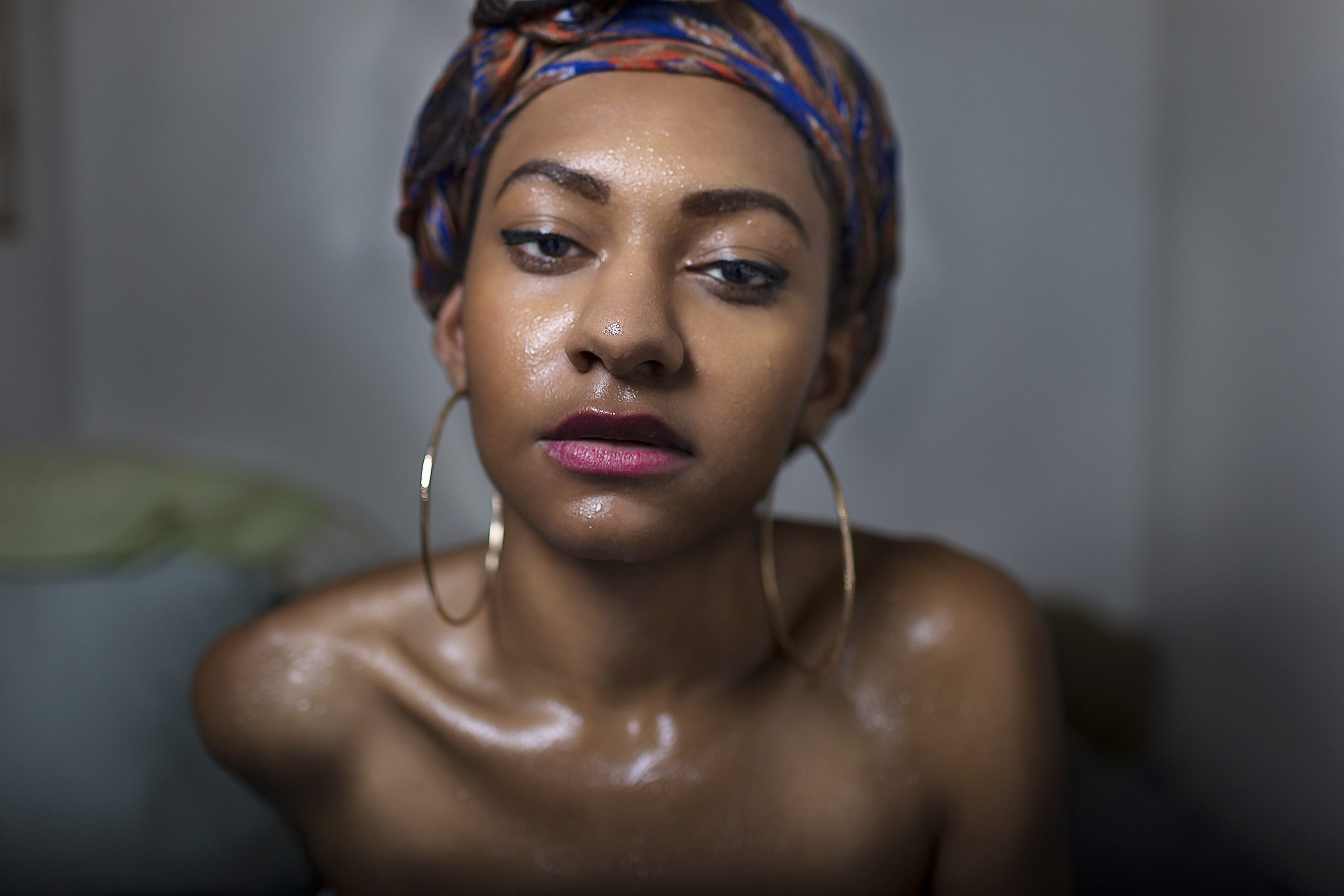 Her new day dawned for this royal heiress as she ascended from a world of love and affection of the most eminent power. Beads of sweat glistened on her velvety, caramel skin, much like the morning dew splattered on a lotus leaf.

The thought of our queen is a cluster with butterflies of all hues and species. The soft shower drops on the face to illuminate the artistry, elegance of this fantasist. Her world is flawless, her world is unusual, her world is rich. She is A Queen! The Lotus Queen! Which has existed for no more than one day.

Adorned with impressive, large gold hoops, lips painted with a royal cherry colour, she mounted her rightful throne, the bed! Her majestic head wrap, her crown, an attribute of her reign. With a dominant gaze towards her faithful subjects, she commands over her empire, her dreams!

Her domain is where she is always the Lotus Queen. @melina_972 The throne, where she controls her thoughts. The garden, where she rests her head at night. Her interesting imagination is where it all begins as she shuts her eyes to a world where she is allowed only.

Her imaginative journey only ends with the ringing of her alarm, which she will never get used to. She opens her eyes to the new day, a time to organize and examine her new world. Something which she conceived as the Lotus Queen. A dazzling experience of fancy and make-believes. Her World, Her Sleep!

The Lotus Queen. A Black Queen. Black Women, whom we all honour this mother, sister, aunt, or Friend